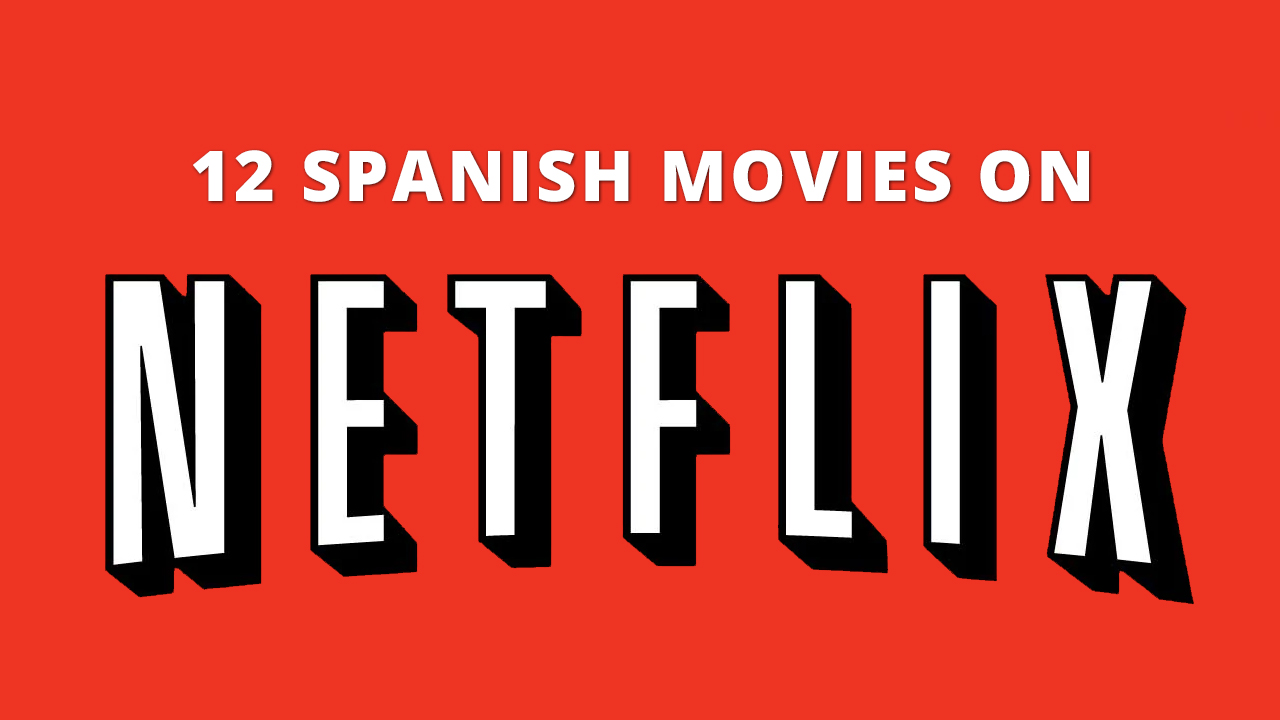 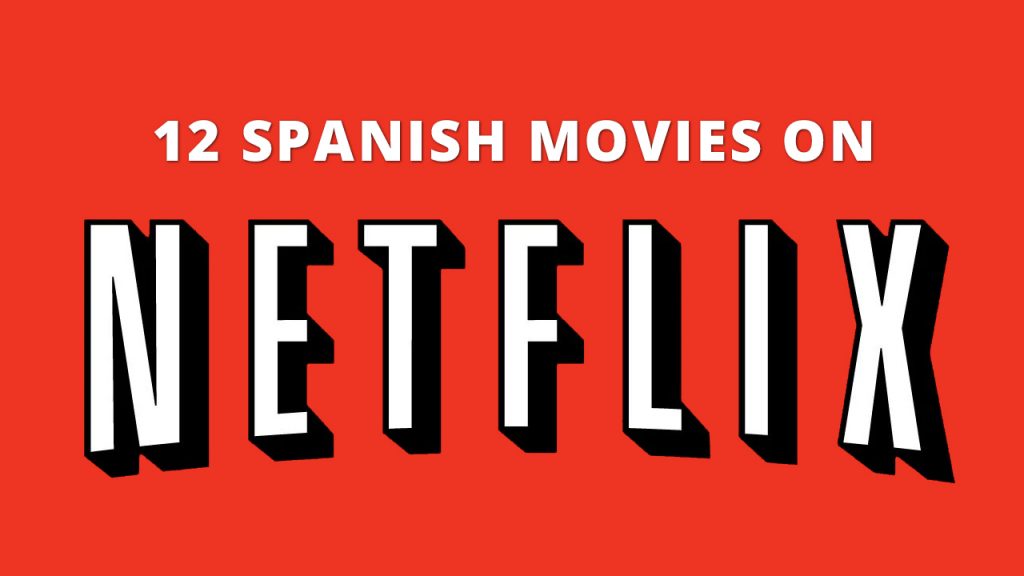 The 12 Best Spanish Movies to Learn Spanish on Netflix

One of the most dynamic and effective methods of learning – while also improving your new language skills – is by using multimedia resources, such as watching the best Spanish movies to learn Spanish.

Besides using traditional techniques such as reading, memorizing and repeating the vocabulary and its translations, watching Spanish movies on Netflix will allow you to identify the different sounds of the letters in the words and the words in the sentences. Next up we will show you the best Spanish movies to learn Spanish, so prepare your popcorn and enjoy!

The film is based on the true story of the journey lived by Ernesto “Che” Guevara and Alberto Granado. Both decided to cross the entire South American continent on a motorcycle, on a voyage which changed their lives forever.

This 2004 movie combines beautiful landscapes, masterful performances and real facts of a notorious character of Latin American history. Directed by the Brazilian filmmaker Walter Salles, this film shows the audience a part of the vast Latin American culture. They talk in an excellent and fluent Spanish, which is excellent for learners.

You will have a taste of the rich culture and traditions of Mexico with this movie of 1992. This story is based on the book of the same name, written by Laura Esquivel, and which has broken best-seller records since its release.

This movie counts on pleasant and easy-to-understand language for those who are learning or want to learn Spanish. Directed and produced by Alfonso Arau, this story takes you through conflicts such as life, death, love, family and tradition. While it’s narrated in the style of Mexican magical realism, is a cult film for Mexicans and Spanish learners.

Soaked in humor and Colombian slang, this movie from 2003 is about family and how to solve conflicts when an external factor, which was desired by every member of the group, becomes a source of adventures and new experiences.

In this film, directed by Luis Orjuela, you can see how every character evolves through the story and leaves a lesson for you. Even when sometimes you might miss some details of the movie because the vocabulary, it totally will be worth watching.

This is an Argentinian movie – a black comedy combined with drama that has been nominated and won several important awards in the cinematographic industry. Damián Szifron has written and directed this incredible movie in collaboration with Agustín and Pedro Almodóvar.

The movie was released in 2014 and it is about six whole different stories that explore the passion and human nature of daily behavior and how some situations can get out of control if we allow ourselves to be dragged by impulsiveness and revenge. At the same time, this film is sprinkled with humor and full of the Argentine accent and vocabulary, which makes it great to learn Spanish.

This Mexican film of 2009 was the first in the repertoire of Alejandro González Iñárritu. The movie unites elements of drama and violence with a very adult content.

The film narrates three different stories of human beings who are capable of sacrifices and terrible acts for the ones that they love, while also telling us about real problems of poverty in Latin American society with the characteristic Mexican accent.

The “Ocho apellidos vascos” film was directed by Emilio Martínez-Lázaro and released in 2014, belonging to the romance comedy genre. It is considered as one of the best Spanish movies to learn Spanish.

Some Spanish traditions about family and marriage are exposed in this movie, with a marked Spanish accent. At the same time and with a touch of humor, this story tells you about prejudice, stereotypes and xenophobia. Also, it makes us reflect and laugh at these factors that can separate families and prevent love stories. You can’t miss it!

El secreto de sus ojos (The Secret in Their Eyes)

This is a dramatic film directed by Juan José Campanella with a great deal of suspense. The way in which it is carried, takes the audience on a rollercoaster of emotions.

Based on the story “The Question of Their Eyes” by the author Eduardo Sacheri, this film was released in 2009. It is about a crime story, full of mystery and a persecution that leaves no one untouched. You will totally enjoy this masterpiece which uses the peculiar Argentine accent, while you are improving your Spanish skills.

A drama that was written and directed by the American filmmaker Joshua Marston. This movie explores human conflicts in an environment of certain realities existent in Latin America: the billionaire business of drug-dealing.

In collaboration with the United States, this film released in 2004 explores innocence and ambition, while making you wonder about facing consequences of human acts. It contains Colombian vocabulary, which will help you listen to the pronunciation of plenty of words you might not know.

También la lluvia (Even the Rain)

In this film directed by Icíar Bollaín, you will be able to listen to different accents of Spanish, such as Bolivian and Mexican, while learning some important things about Latin American history.

Released in 2010, this movie promises to transform your beliefs and make you question what is right or wrong. Besides touching other topics such as civilian rights, abuses and exploitation; this film will test your ears referring to Spanish pronunciation and vocabulary.

This is a suspense thriller of 2009, in which you can listen to different Spanish accents too. From the hand of the director Sebastián Cordero, this movie talks about relationships, workplace harassment and discrimination in Europe.

Also, this film explores the dreams of Latin American immigrants, the secrets of a disturbed man and how relationships can be transformed because of different elements, including employment relationship.

“REC” is a Spaniard movie belonging to the terror genre; it is packed full of suspense and will have you on the edge of your seat in each scene.

Furthermore, making use of a lot of simple Spanish words and phrases, this 2007 film directed by Jaime Balagueró y Paco Plaza follows the style of the popular “found footage” technique. This way, the beginners learning this vast language will have the chance to prove themselves on how much they know, while enjoying an unexpected story.

This film is from 2001 and is part of the work of the director Juan José Campanella. Also, this movie has been nominated for several relevant cinematographic awards and won some of them.

It combines drama and a little of the Argentinian sense of humor, bringing a fresh but realistic proposal which anyone can feel related to. It will make you think, laugh and even cry in certain moments of the story; all to make you ask yourself what you would do if you were in the same situation. Moreover, you will be improving your Spanish skills while enjoying this great movie.

Finally, after showing these 12 Spanish movies to learn Spanish on Netflix to you, we can assure you that using Spanish movies for learning is one of the best methods to improve your skills.

Likewise, by watching the best Spanish movies to learn Spanish you will be able to identify the correct pronunciation of every word and find out how to understand more than just the sentences, but the actual context to interpret everything else.

Don’t forget that reading is perhaps the most important component when learning a new language. Check out why learning a language by reading is so important.